On Friday we were due a delivery of oil which would see us through the worst of the winter. I received a text and an email to say there was to be a delay in getting it. Now that was very unusual.  Typically I’d let the oil go lower than we normally would, so we were desperate for it come Friday. That was a mistake which I won’t repeat!
I rang up BoilerJuice which is where we place our orders through and they informed me there’s no oil for delivery in the north east of England at the moment. Not just where I am, but the north and north east! Apparently there’s a problem with the ships docking due to bad weather conditions. Now I don’t know where they dock, but we’ve not had any conditions that we haven’t seen before. The lady on the phone told me it was unprecedented. It all sounds a bit off to me, but it didn’t change the fact that we had no oil.
I went out and switched the main supply from the tank off and then the AGA. Boy that’s sad to do. Luckily I had a day off work on Friday so I set about getting the wood burner going ready for the kids coming in and checked the electric oven was working (we never use it except at Christmas!). It was. However I have never used the emersion heater for the water (normally ran off oil) so I had to guess as to how to switch it on. Not hard, you press the button, but when you don’t know if it’s the right button, it’s a bit tense! These are all costs I wouldn’t normally endure and I do think overall will be more expensive that the oil would cost me to provide the same service.
Anyway, we have log upon logs so I know we could stay warm, but the coal was low. This wasn’t like me, I am normally super organised and typically this series of events was going from bad to worse! Ste managed to source some coal on Saturday fairly quickly.
So we still have no oil, but are stocked up on coal. We’ve dug out the oil filled radiators and put them on in the kids bedrooms as the house is truly bitter, we’re at -5 here tonight. I kids you not that I am sleeping in a hat my nana knit me! The next problem is, the electricity is going off for 6 hours this week, it’s making me wonder what we’d do next if the cooker and emersion were to be out of action for a while. Would you be prepared for the worst? I know I didn’t feel it, but I’m going to make sure we’re ready for the next time. 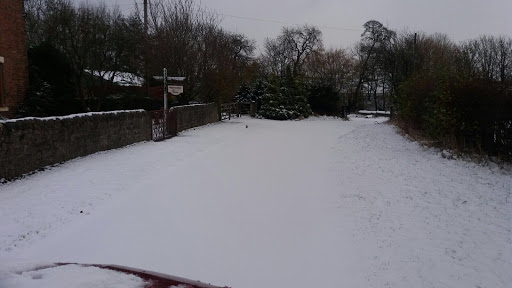 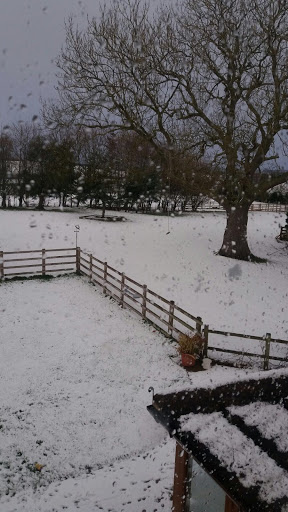 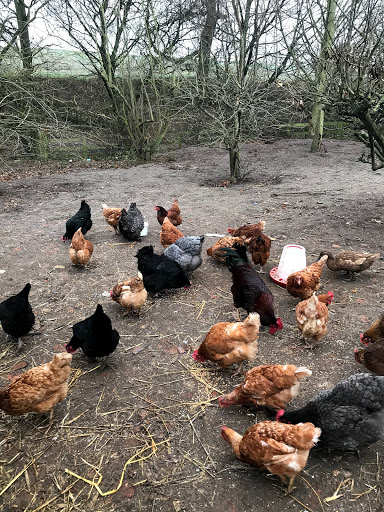 We actually don’t have snow here today, I think we’re the only place in the country! These are a couple of days old now. The landscape is changing so much as we move deeper into winter.