I wrote this blog early September and then, you know, life happened, I’m sure you can relate?  Since I started writing it, here in England we have seen my parents been able to help a little with the school run, then see that privilege be revoked due to local lockdowns and we think it’s allowed again now!  Does anyone actually know what’s going on?  To be fair, we are carrying on as we are, we don’t socialise much and we go to the same couple of shops.  I am working from home and Steven is still at work but they are covid secure, which leads me to the start of my ramblings earlier in the month.

I’ve stopped talking about things getting back to normal and I’m working on the premise that this is normal.  Otherwise I risk spending forever “waiting” for something that actually, I’m fine without.  What I mean by this is, we’re adapting, to everything thrown at us.  Working from home, social distancing, sanitising and so on.  Soon enough I’m sure we will be able to hug loved ones again, or maybe even decide to accept the risk and do it anyway.   Controversial, but my kids and I miss hugging my parents.  My parents don’t go to anyone else’s house and we are very careful ourselves, so maybe we do accept the risk, in time.

So yes, except for that I am quite happy with the state of affairs right now and I won’t be spending weeks and months waiting for things to change back to how they were.  Time to crack on.

Earlier this month saw Jack returning to school first, after almost 6 months off.  He was so excited and nervous all at the same time.  Driving home after dropping him off, it was a hazy Autumnal morning, which had started off with a distinct nip in the air.  It turned in to one of my favourite days of the year weather wise.  Bright and beautiful but not too hot.  The animals had some sun on their backs and didn’t need to take shelter from the relentless rain we had the week prior.  Everyone was at peace for the day. 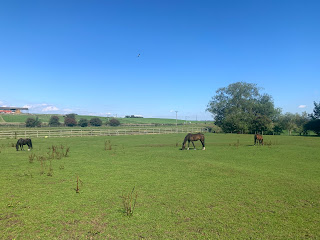 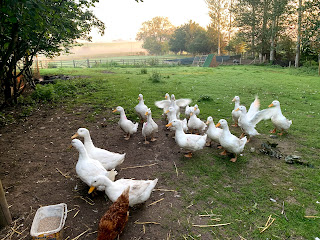 Jack returned home after the school day with tales of their new routines and expectations.  I’m glad he is back as he needed the company of children and I have a positive feeling that this will not be as bad of a Winter as the media would like us to think (time will tell).  Grace too has now returned and is concentrating hard on being a vet which has been a dream for her since she could speak.  She has a natural ability with animals, that you can’t teach, so I know she will do well.

I too am back working after a lovely time off with my little family, still from home at the moment though lots of people are returning to the office with a mix of office and home.  Given this respiratory disease I’ve just been diagnosed with, I won’t be on the list of people next to return as it’s simply not worth the risk.  I’m sure this morning Boris’ team have just said people should work from home again anyway, like I said, I can’t keep up and to some degree don’t want to.

September is one of my favourite months with thoughts turning to next chapters of school and seasonal produce.  Whether you think Autumn is 1st Sept (meteorological calendar) or 22nd (astronomical, equinox I think?) makes no difference, the nights are drawing in, the mornings getting cooler and despite the odd random scorchers of a day, you know it’s on its way.  The leaves are very slowly turning to different shades of browns, oranges and yellows and the squirrels are gathering acorns and hiding them in their stash for their own little winter pantry. 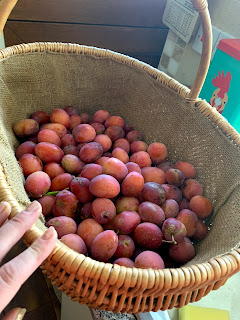 Speaking of the winter pantry, we have been harvesting some great things.  The plums are having a marvellous year! I used a fair few to make plum sauce to go with duck and it was so nice.  I am trying out freezing them whole this year so that we can use them when we need them.
The onions and garlic have been great – I think I am going to do some caramelised onions in the slow cooker and then dehydrate some to make powder – I’ve read good things about them! 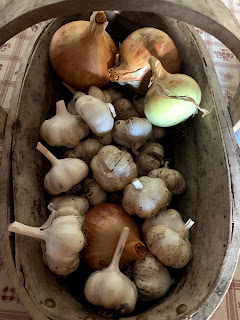 Drum roll!! We have our own brambles/blackberries, whatever you call them where you are from (do let me know?)
This is so exciting as we used to have an abundance of wild ones in the old house and when we moved here they were dismal.  So we planted our own and this is the first year we have had a decent harvest from them which is brilliant. 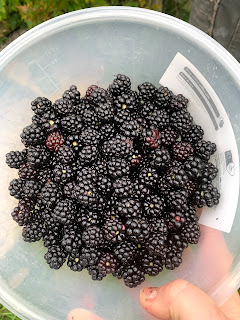 The raspberries as always are looking fabulous.  In fact I think I will take some cuttings from these as we have not managed to grow any half as good.

Below are the latvian soup peas I have grown which are now safely stored in a jar to either grow from next year or use over the winter.

Greek gigantes beans – these guys just blew me away!  Again, for the winter pantry I am thrilled that these have worked as they seem few and far between.  They will dry out on the plant and also be saved for winter use. 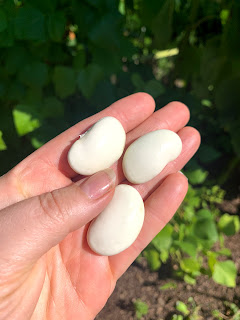 The runner beans were late in this year and if nothing else, we can enjoy the flowers they produce.  Fingers crossed we will get some beans from them too. 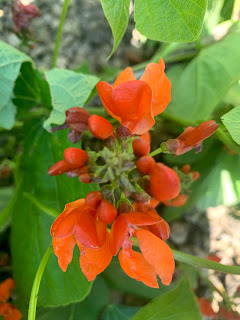 Borlotti beans are another of my favourite to look at!  We use them fresh or dried and next year I’m going to have an abundance! 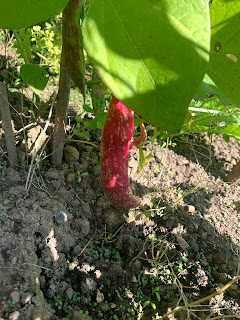 I couldn’t leave out a picture of Lydia wrapped up in her PJ’s for the colder nights.  She’s dropped a lot of weight this year, we think she is feeling her age.  The rug will help keep her warm to prevent her using energy on keeping warm and burning calories.  She’s starting to look older on her body though her eyes remain youthful. 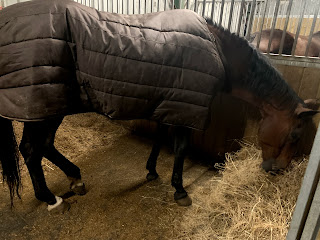 I’ve given the pigs extra straw as it’s been down to 6 degrees centigrade here and the horses are mostly in on a night now. 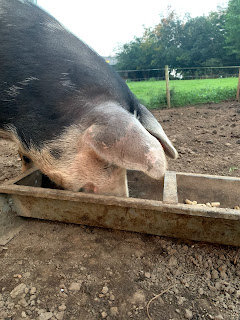 We are reducing numbers of egg laying chickens we have in stock as we approach the colder months when they generally slow down or stop laying.  It costs us too much to feed and house them through until February or March when they start laying again, so we pass them on to families who only want a few hens and will take good care of them.

The quail we hatched a few months ago have also been sold to a lovely lady who simply lives for the pleasure of her animals.  She took 6 girls from us to keep her other girl company as she had only 1 girl and lots of boys.  We have the baby quail left which will replace the ones we’ve sold, they’re inexpensive to keep due to being so small.

The garden hasn’t started to slow down yet though, the tomatoes are not quite peaking, maybe another week, and I’ve still to have what I would call a glut of courgettes.  Speaking of which I have been chopping them and putting them straight in to the freezer which I didn’t know you could do but I saw it on YouTube so it must be true, right? 😉  I’ll report back once we use them, though it’ll be in stew and soup so I think it’ll be just fine.

Speaking of soup, I’m managing to use plenty of my cabbages in soup and it’s been delicious.  We’re having one soup night a week (with lunch time soups too).   The night is a soup and pudding night, with home made crusty bread to be frugal, cheap and cheerful.  Another good thing about Autumn, soup season!  I love it.

I’ll leave it here for now, take care of yourselves and please leave a comment and let me know how you’re doing and if you enjoy these posts.  Bye for now, Tracy x

4 thoughts on “Ever changing….but that’s ok”