Skip to content
I simply love the days when everything feels peaceful.
Today is one of those days, where you can sot back and relax. 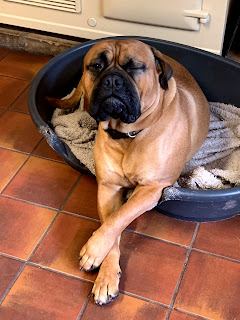 Given everything that’s happening in the world right now, and what we have all endured over the last few months, I bet everyone has gone through a few conversations, or range of emotions and feelings that you didn’t anticipate you would have in this lifetime…or maybe we did?

Our days have varied so much and with one thing and another we’ve had to react differently to certain things that are out of our control and in some cases, we have to just accept that we can’t control things.  However all of that is leaving me feel very peaceful.  Right now anyway, ask me in a day 😉
Early this morning, Friday, whilst most people were still in bed, Steven and I woke up and went straight outside to let the animals out, feed and water them and do a check of everything.  It was such a beautiful morning.  Rodney came with us as always.  We then managed to get an exercise session done whilst it is still cool.  Neither of us would want to after work, especially as it is meant to be SO hot today (hot for the North East of England anyway!)
I also managed to get a few jobs done in the veg plot, starting with weeding the onion bed which I swear was weed free a couple of days ago!  It’s all done now and things are looking very healthy in there.  A couple of onions decided they wanted to go to seed though, so I snapped off the hard seed shoot that was forming in the hope that they change their minds.  We need all the food we can get after all.

Once the bed was weeded and watered, which took 20 minutes or so, I went in to the greenhouse.  Incidentally, I don’t normally water onions but I noticed the soil was dry quite far down when I was weeding and as we aren’t due any rain for days or more, the heat that we are due may make them bolt, so I gave them a good water.
In the greenhouse, I sowed 4 different beans, 1 purple climber, 2 drawf (green and yellow) and soy.  I’ll sow some more in 2/3 weeks which I will maybe put in the polytunnel for as late cropping as we can.  I don’t have more soy though, so I hope this lot work and we can save some seed from them.  They are now watered and outside enjoying the heat of the sun and hopefully considering germinating pretty quickly.  I’m generally always amazed at how quickly beans germinate.  I also have some pinto beans in the greenhouse which I have now moved out to the cold frame to harden off.  These will be kept for the winter pantry and also to grow next year. I’m going to try and save as much seed as I can this year.
Does anyone know if growing lots of beans near each other will cause me issues with seed saving? 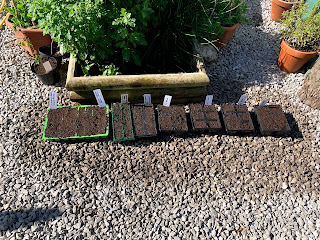 Rodney stayed with me whilst I was weeding, perfect start to the day for both of us.  My favourite time of day. 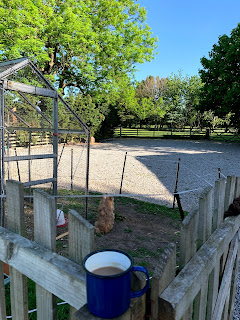 I harvested a small amount of kale too.  We have more kale plants than any family would ever need, however I plan on preserving enough to last a year for the house.  Kale is also very good for chickens which is one of the reasons I have grown so much, after all, we have a lot of chickens!  Our pigs too have it, but not the sheep right now as they are due to lamb and I am hesitant to change their diet before lambing in case it’s toxic for the unborn lambs.  Call me Mrs Cautious if you like, but we only have a small number of ewes (4) and each lamb is vital to the success of the smallholding. 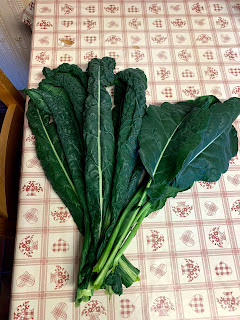 After a lovely, peaceful start to the day I have work to complete.  Working from home now means the commute is ideal 😉 I shall update you with the weekends antics next week.  In the mean time I’ve been having lots of fun in the kitchen, as always!  Trying a variety of bread items in our weekly menu plan.  Below are the naan breads I made from a recipe on bbc.co.uk/food – they were great!  I rolled them pretty thin to cook quickly and we preferred them that way.  They are not authentic naans which I believe use yoghurt (tell me if I am wrong?) but for us, they are perfect and my new go to for naan type breads.  I’ll pop the recipe on my recipes page.  All new recipes go out on the Friday night that I have used them. 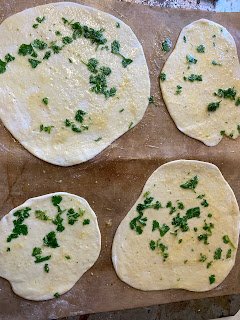 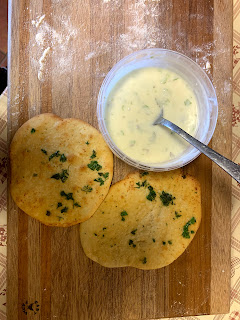 Another quick, almost cheat meal that I have done a couple of times are these pin wheels. They are great for a light lunch for me and the kids during the week or I can add a huge salad and do it for the 4 of us on a weekend lunch time.  Disclaimer – I use shop bought puff pastry for these 😛 !  I bought 3 puff pastry in the Aldi shop on the 25th, so I will do these every other week to use them us during the 6 week challenge.  The recipe is here if anyone wants a bash. 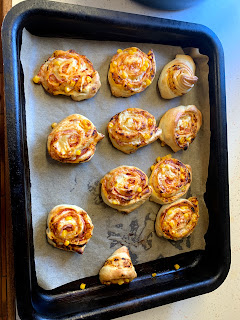 It’s been hot, hot, hot here lately, during the days at least.  Rodney often finds shade where he can. 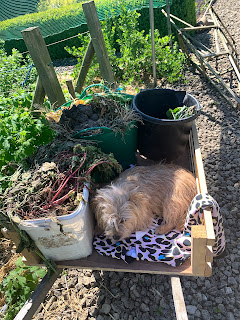 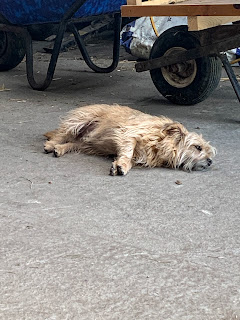 The pigs are given water every day and we often make them a water hole which they take a little interest in, but not as much as we hoped! 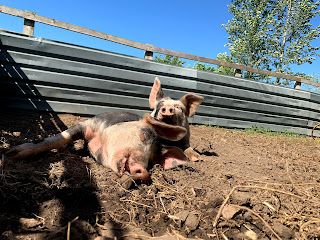 Grace gets the hose pipe over in to the pig pen and sits and has cuddles with them whilst the water fills up.  It takes a while as the pressure there is not great. 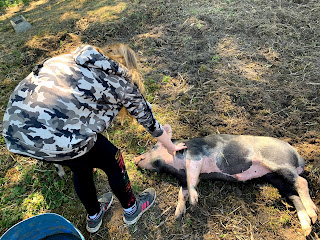 Did I tell you the electricity had a planned outage for 6 hours?  Well, as we don’t yet have a generator, what else could we do except pop the quail on the Aga on a towel to hopefully regulate the heat?  I hope they hatch still! They are due Monday I think. 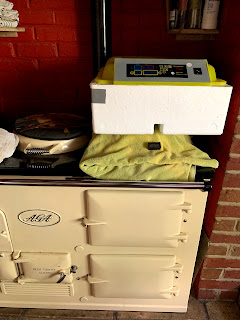 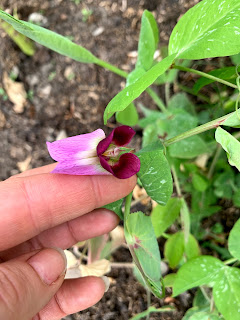 That’s me for a few days, stay safe everyone 🙂

4 thoughts on “A new way of life – a peaceful day”