Veg plot update
Our onions that were planted in the Autumn have done marvellously in the last couple of weeks and I would say will be ready for lifting mid July to August time at the latest.  The plan is to plait and store these as it worked brilliantly last time.  Those that weren’t plaited properly didn’t last, so it’s worth taking the time to do. 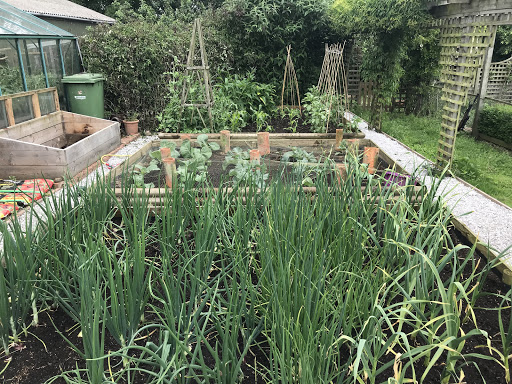 We have Spring planted onions in too, in the same bed as the leeks. 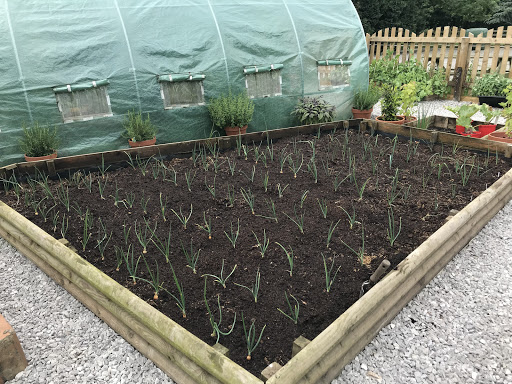 The Victorian Colossal climbing peas are doing brilliantly at growing – I just hope the actual peas are as good as the plant growth so far. 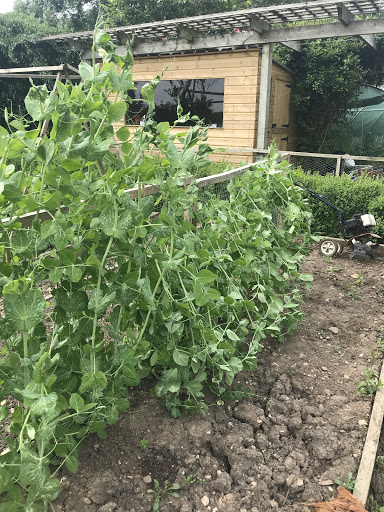 We have hundreds of tomato plants!  I kid you not.  When we were sowing the seeds, we thought we would have the new commercial size polytunnel and sowed enough seeds to fill 2 rows.  As that was postponed, we now have too many plants and not enough space (ready to plant in at least).  I’m giving some of the spares to a couple of schools for their gardening clubs.

The cauliflowers have lots of leaf growth and now waiting for the heads to form.  It’s a key watering time I think, and given how dry it is now, that’s not an easy task.

The broad beans I grew were Bunyard’s competition and Aquadulce – so far they both seem to be on par though a lot of the pods are formed and don’t seem to have any beans in them, or very small ones.  Maybe I’m not waiting long enough.

The courgettes are fabulous as always, I’ve only grown yellow ones this year and we had the first ones last week.  Delicious they are too. 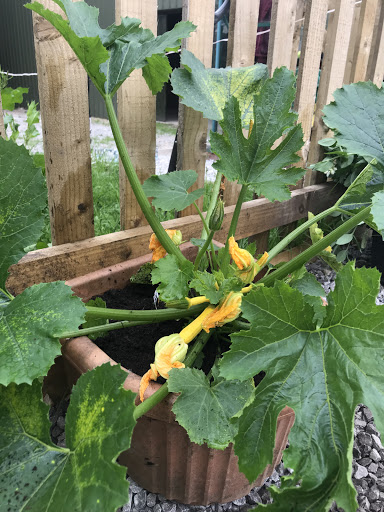 The soft fruits are forming, with a handful of strawberries ready each day. 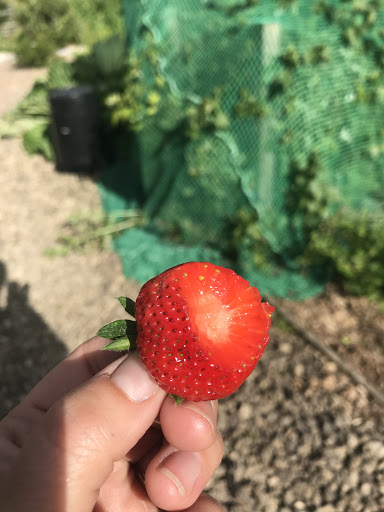 The asparagus is almost over now, so that will be left to grow into ferns.  It was lovely whilst it lasted.  We’ll maybe have one of 2 more meals from it before leaving it alone towards the end of June.

On the Smallholding
When we moved here, our poutry flock was 60 or so chickens, 15/20 ducks and 8 geese at our peak and has now depleted.  As I mentioned in my last post, we’re down to 14 chickens now.  We’ve decided not to replace them and just to have enough eggs for our family.  I was selling the eggs, but the fox won’t stay away now, so we need to make a run for them to keep try to keep it out.
We are shortly getting more Ross Cobb birds which will stock our freezer back up come 3 months time. Hopefully we’ll have 20 and will keep them outside this time – always our preference.
Those of you who have been with me a while will remember last year’s terrible efforts at hand shearing my sheep!  Well this year, we went straight to our friends who came on Friday and sheared the 3 ewes for us.  Not the lambs though, they don’t get done their first year.  We all had a lovely catch up over a couple of beers and some slow cooker pulled pork and sausage buns. 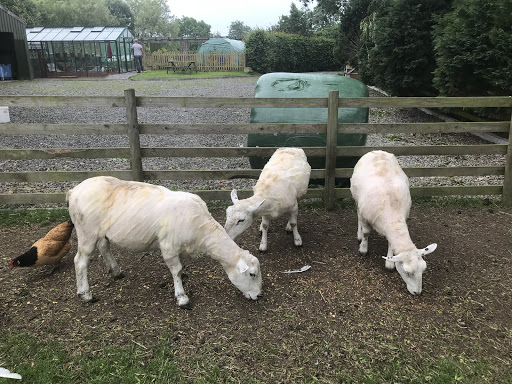 We’ve harvested a boat load of rhubarb and we’ve frozen a lot of forced rhubarb.  We didn’t blanch it, just cleaned, chopped and froze.  Today’s harvest kicked off the wine making season.  3kg of rhubarb was added to 2.6kg sugar and is now being left for a week in a food grade bucket.  This was my favourite wine last year, added to lemonade.  Rocket fuel! 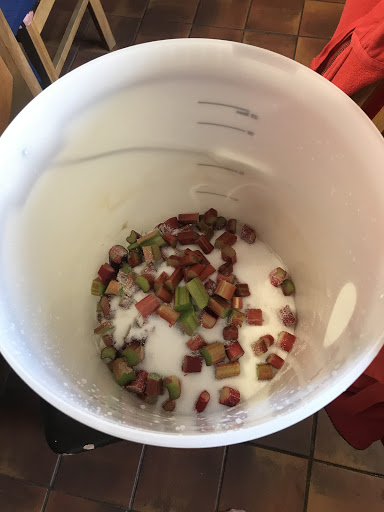 We’ve also made a rhubarb gin which is currently infusing in the pantry.  After a couple of months, we will strain and bottle it.
This morning, whilst it was dry and the sun was out, we rounded up the troops and went for a wander along the bridlepath as the Elderflowers are ready now.
They are late this year but everything seems to be a month behind here.  We picked a couple of carrier bags full (classy, I know).  I used what I needed to start the Elderflower cordial recipe and froze about 50 heads for other recipes.  We were sure to leave more behind to feed the birds and to ensure we have good pickings of elderberries later in the year.
In the house
Friday night saw us with a houseful of kids (whilst sheep shearing!) so I played taxi, negotiator and cook!  The kids had a late night and we’ve paid for it throughout the rest of the weekend as they really do need their routine and sleep, but it’s nice for them to have a break from everything too.
Our bathroom is 99% done.  It’s gone from this to this.

I’m really pleased with it, it was becoming dangerous in that the sink was pulling away from the wall and overall was very dated.  Bathrooms are the only rooms that I want modern features.  The house was built around 1850 so we’re bringing it in line with modern day without going over the top on modern features!  It’s only taken 4 months or so! 😉
Now that we have our holidays out of the way, it’s time to rein spending in and think about the next 6 months.  We are throwing a summer party in a few weeks, just to get people back together that we’ve not seen in ages.  Spending can easily get out of hand there, so planning will be key.  We would alsi like to get the polytunnel saved for, bought and put up before winter.  That needs some planning to see if it is doable.  Then it’s going to be birthdays and the C word.  I love C more than anyone, but mentioning it now might get me shot!  Financially though, it needs to be saved for.  So this coming week will be considering all aspects of the budget for the next 6 months, including the grocery budget, household, smallholding and savings.

13 thoughts on “ A little bit of everything ”