Weather wise January only had a few cold days but a couple of those were bitter indeed.  It was wet despite not that much rain fall so we kept the horses stabled to give the field a breather and try to prevent further damage to the grass.  We’re doing the same this year. 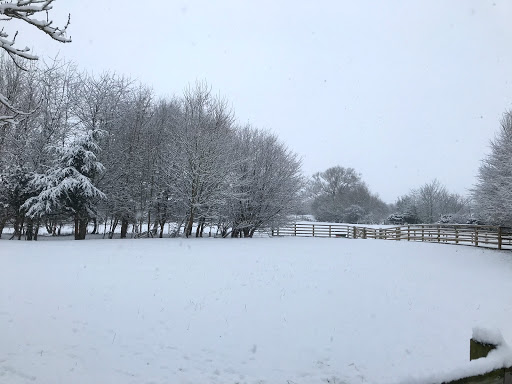 I started cooking from recipe books which was one of my New Year ideas for myself.  I have so many books and all of them underused.

The geese started laying eggs both Jan 2017 and Jan 2018 so I think we know that’s on the cards for each New Year hopefully!  The weren’t laying until March in 2016 so this is a nice surprise.
We laughed at my inability to grow carrots!  Something I’ve barely redeemed myself.

I took time out to add up the previous year’s bills for oil, coal, water and electricity so we could compare them to 2017’s use, just like we’ve done this year.

I started records for everything, something I’d not done enough of in 2016.

Egg sales started in a more serious manner, starting as we meant to go on.  The income covered the poultry feed which was good considering they were all housed due to the Avian flu lockdown.

We invested in a few trees (fig, pear, almond and apricot).

The greenhouse frame went up to house some of the poultry during the lockdown.

I planned and planned the coming year’s harvest before finally getting some seeds in after waiting what felt like an age!

Steven made his first handmade item of the year, the bottle and glass rack that he put up on the kitchen wall.

We’ve had many celebrations and get togethers with family and friends.

The polytunnel was purchased and Ste built it so it was never going anywhere!

February saw more goose eggs, one was found in the bushes outside which I suspect was Ryan’s first ever egg.  We’d confirmed Ryan as a female by now!
Chomping at the bit, as soon as it was dry enough, we began tidying up the main veg plot, starting with the fruit bed on the first sunny day with blue sky of the year.

Grace enjoyed her 2nd birthday party in the house (and I hope many, many more to come).

We made the gate along side the barn to the orchard, which was the start of where poultry would end up being housed in 2017 (the gate separated animals that didn’t get on).
I started sowing seeds in earnest and loved every minute of it.

February saw the shift in weather.  The days were getting noticeably longer, so more time could be spent outside sowing seeds, doing the animals and riding out for me.
The seeds sown in January were ready to be potted on and although some were leggy as expected, they were potted deeply and grew on strongly.
The peas in the drainpipe had 100% germination which was fantastic.  I’m doing that again in 2018.
The first dandelion of the year was found, so that meant the weeds were starting!  I knew I needed to do a better job of these than I did the previous year but inevitably they still take over!

I made Lou’s quick and easy marmalade recipe and it was delicious!!!   We were turning into a proper smallholding and it made me feel happy.

We opened the damson vodka to sample it….

I bought comfrey roots which I didn’t hold much hope for, but then they started to sprout and came on very well and in the end took over!  They could do with a place all of their own in 2018.

I got the heater in the greenhouse up and running and Ste sorted the heat bench, so we were away.  The house was full of seeds sown but the greenhouse soon caught up and I found myself making space for more and more trays of seeds.
Even though the days were getting lighter, there was still the Winter feel about the month so we found the time to watch films as a family (and the River Cottage series!) before the craziness of the summer months was upon us.

March is the month when you can begin things in earnest.  I found out in March I was given a promotion at work which I began in May and thankfully went on to enjoy every minute of it.  March saw so many seeds coming through, I’d really stayed on top of them in January and February given we had heat to bring them on in.

The comfrey finally came through which we used to make our own free plant feed saving a fortune in the long run.
We got 4.5 tonnes of top soil delivered which sounds like a lot, but it doesn’t go far!

I plated my first and second early potatoes (seems early to get them in now, but they worked well)

In March we got the pigs, 2!  They stayed in the barn as they were not a hardy outdoor breed and the nights are still cold in March.

They were a great introduction to raising our own and looking back were no trouble at all.  They require daily attention but it’s minimal and I don’t think there will be a year where we don’t have pigs now.  Old spots in 2018 I think.
We hatched out the first ducklings in March – incubating them in February and they did us very well.

I remember in March thinking I felt unprepared as it went from being Winter to full on Spring – light before 6am until well after 6pm which helps so much with our outside life.
March also saw the first rhubarb harvest and lots of daffodils – you know Spring is here then.

In April we lost Buddy, 8th to be precise.  I couldn’t be more grateful to have had him as long as we did – I am so pleased he made it to the smallholding and got to enjoy his last days here.  He loved it!

I made nettle soup….I won’t be this year lol

By April, the tomatoes I’d sown in January were well away

however the overall tomato crop was poor.  I need to choose some varieties this year that have stood the test of time, with a couple that are new varieties.  After all, we’re going to need a boat load to fill the plans I have made!
In May we covered the cherry tree at the back of the barn to protect it from the birds.  That failed, it didn’t produce anything!  So this year, we’ll just have to be the early bird that catches the worm ourselves.
We also opened Chickenville to move the hens onto grass:

They loved it and we eventually moved them all onto the orchard area.  We still haven’t decided what to use the original Chickenville space for.  We had a cracking bonfire night party there though.

I also started making preserves every Monday night, or at least most Monday’s which I thoroughly loved.
June we made elderflower cordial and I’m going to double and triple the amounts this year – I love that!  It lends itself to so many different things, we even gave it away at Christmas in hampers as we water bathed some small jar.  Beautiful and a definite keeper!  Despite it being dark, it didn’t make any difference overall – just one of those things. 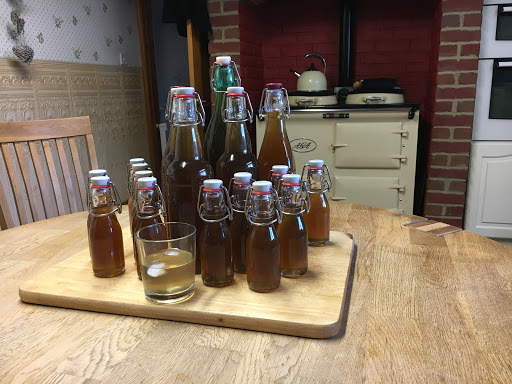 We tried to shear our own sheep.  I shall leave that there.

By June the pigs had turned the land over and by gum did it rain.

The runner beans were A-MA-ZING

I missed drying Lavender in 2017, so I’ll make sure I don’t miss it this year.
We started the comfrey tea in July and I failed epically with redcurrant jelly.
I grew far too much cabbage!

The sunflowers didn’t do well either, so this year I’ll be fixing that too.

One courgette plant gave us the nicest courgettes you could imagine.  To think I thought we didn’t like courgettes.  They went into everything! 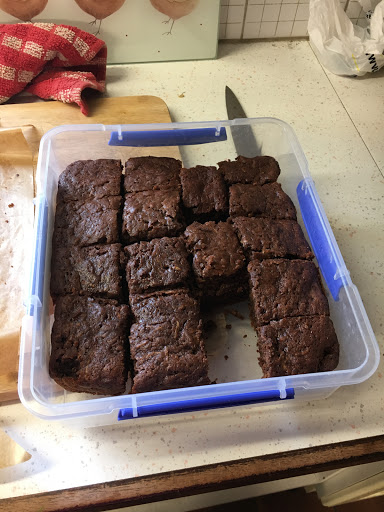 We had a lovely summer, enjoy BBQ’s, family time, time with friends and generally just taking it all in.  Life’s so busy in the summer, animals and harvests and that’s not to mention working full time.

With the chickens being in the orchard, any apples that fell they had!  This year I need to harvest them timely to avoid this.
We did get some for the must have crumble:

We managed to get a first prize at the September country fair with the pumpkin we grew. 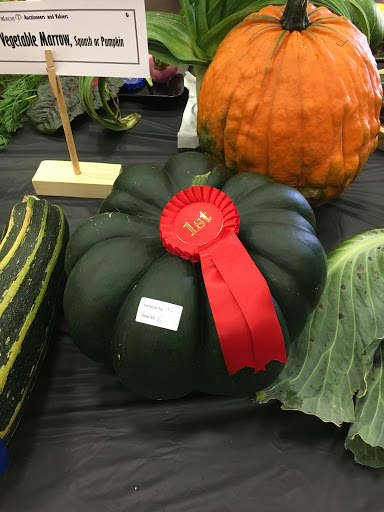 As we moved into Autumn and Winter, we started to prepare for Christmas and the hampers we were making.  They went down well with the family and I’ve already got some ideas for 2018!
The fox came and took at least 1 of our geese in November, with a 2nd one simply disappearing in December.

The tup arrived in November, 5th to be precise.

We decorated for our 2nd Christmas in the house – I love the kitchen every month of the year here.

We got more meat bird in November which worked out well but we won’t do that again as I don’t like keeping them inside.

Ste built me a new shed!

Some of us slept through it.

We picked Annie, our puppy Bullmastiff up on 27th December. 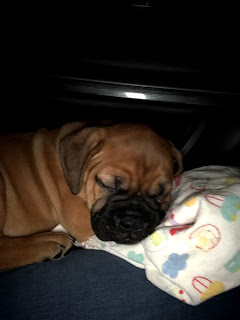 The horses enjoyed some outdoor time in the car park whilst the fields are closed.

So from Steve and I, we’d like to wish you all a prosperous New Year (again) as we enter our 3rd year here on the smallholding.  What on earth will this one bring? 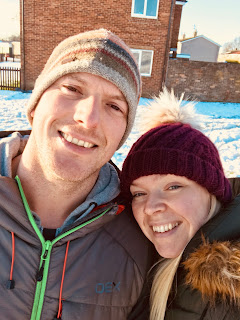