The last thing I expected when we went out the other day, was what happened. Driving down the lane to pick up some items from Wilkos, I got a phone call. 5 minutes later we were heading to our friend across the river. He had a ewe that needed stripping of milk and he wanted to show me how to do it, given we will hopefully have some lambs in April!
He lambs from December onwards as they show their sheep and in order for them to be a decent size, they have the lambs now. Bit chilly if you ask me but they seem to thrive.
We arrived to happy faces as always. A lovely couple who we have very similar interests with. We stood having a 2 minute catch up when David turned round and said “great timing, this ewe has just started lambing”!
Off we went with them and moved her to a pen on her own. This was her 2nd lot of lambs and according to their scans she was having twins.
David grabbed a bucket, washed his hands and told Ste to do the same. Ste looked shocked but did as he was told. 2 minutes later he was elbow deep and helping out. David delivered the first one and Ste delivered the second.
It never ceases to amaze me how amazing nature is. I managed to get it on video.
So we’re getting ready for our little lambs come April, fingers crossed we’ll get some! 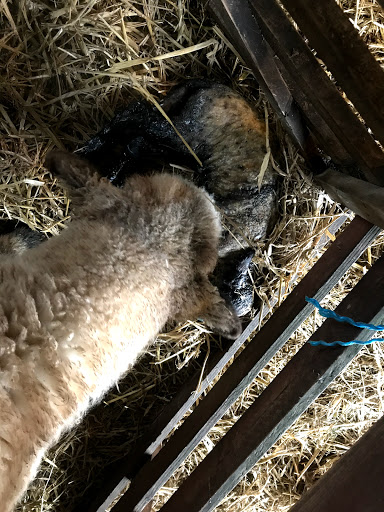 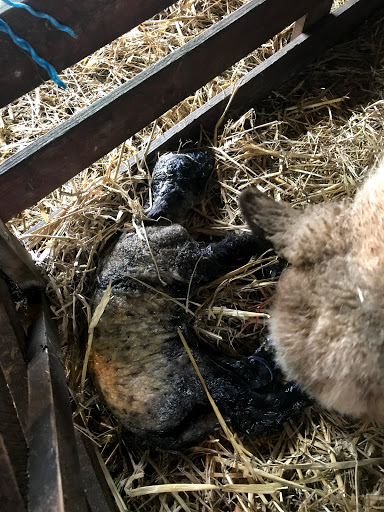 Some people won’t want to watch this, so don’t.  For those who are interested, please enjoy!  Ste delivering his first ever lamb.

David told us about a couple of things to get in for when we lamb, iodine which I have and something else which I can’t remember the name of. You squirt it into the lambs mouth within a few hours of birth? Any ideas?
Finally – I just wanted to say thank you for sticking with me whilst life is busy.  I’m not posting as much as normal, but that will pass once December is through.

7 thoughts on “New life – in December”