This is a preserve that I’ve wanted to do for ages but haven’t pulled my finger out and planned it well enough.

Souper mix is the second attempt I am having at using home made stock. This recipe, along with my pork stock, will keep us in flavoursome food for a good while I hope. There’s another one I’ll try soon too, so between the 3 recipes we shouldn’t need to buy stock cubes again.

Now according to Pam Corbin, the queen of preserving, you would use the following ingredients for this recipe:

Part of the reason I haven’t made this yet is I’ve never had those ingredients to hand together. Instead of another week passing where I don’t make this, I’ve decided to use the following, as Pam advocates changing to what you have in stock. I’m all for that, adapt and move on.

The ingredients I used are leeks, carrots, garlic, sun dried tomatoes, red and green pepper and swede. I used the same amount of salt as it’s the preserving ingredient.

Roughly chppping the ingredients up I blitzed them all in the food processor. 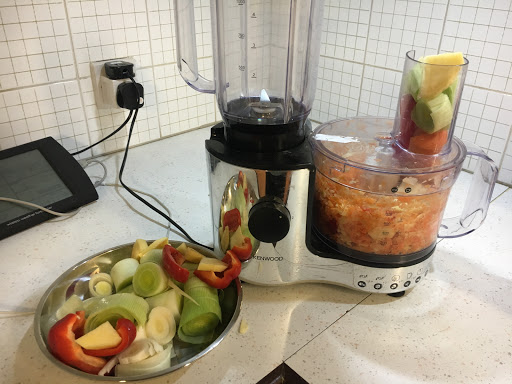 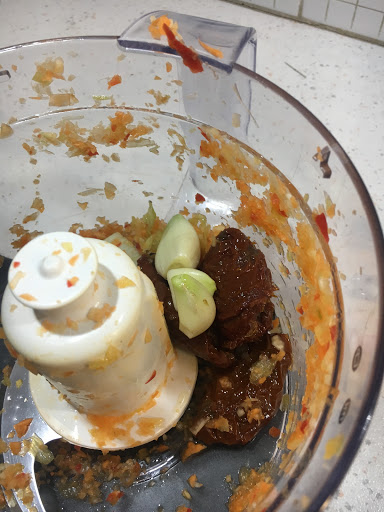 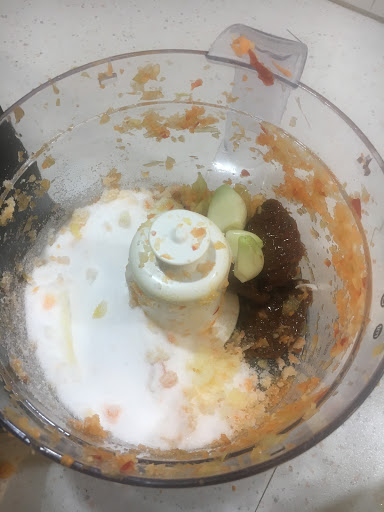 I used mixed herbs and added it all in. The end result was fairly wet and I’m pleased with it. 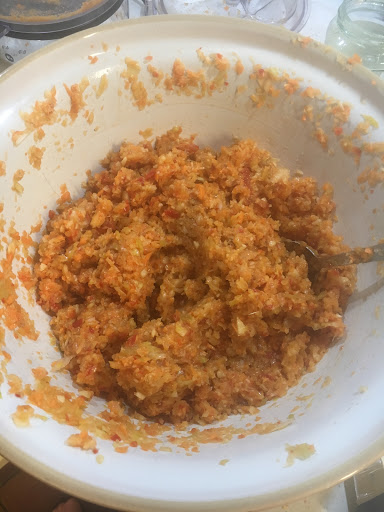 As I use stock pretty much daily, I didn’t put this into sterilised containers as it’ll be gone quickly. If I wanted to keep it I would and then it’d be ok for 6 months according to Pam.

The benefit of this is it takes up a lot let space than the freezer stock from bones. Next week I have another version to try and then from the 3 options I will choose the best and use that version next year. 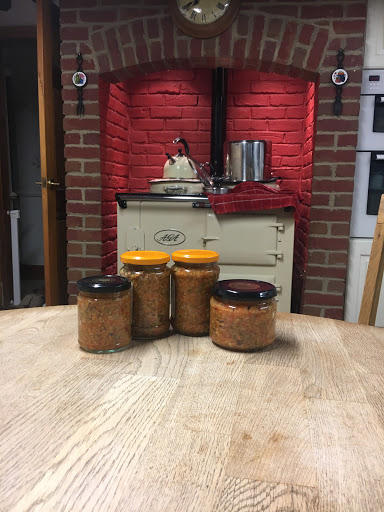