I had a delivery this week which I was rather excited about! The onions and shallots arrived, so today I unpacked them. The garlic isn’t here yet but that’s ok as I have another 2 months or so to get the garlic in. I ordered them from marshalls and they were very well packed, so I’m pleased. 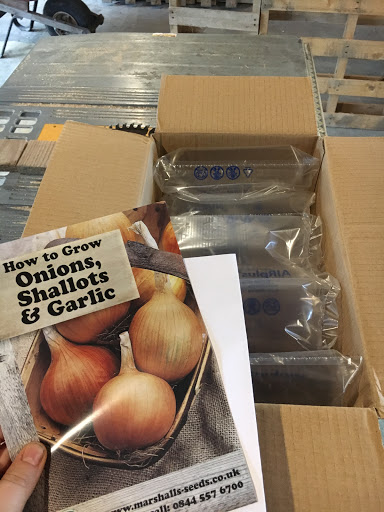 We recently topped this bed up with rotted muck. It’s still rotting, but we put it on the bottom half of the bed and replaced the top half with the soil that was already there. It’s amazingly light in texture and crumbly, from last years muck so I am really pleased.

For the onions and shallots, we measured the rows 30cm apart and then alternated rows of red and white onions sets at 10cm apart. We had apx 75 of each colour and it only took up half the bed! The shallots took 1.5 rows and there’s still 3 rows left to fill when the garlic arrives. We covered it with a net to stop the birds picking them out after this photo was taken. 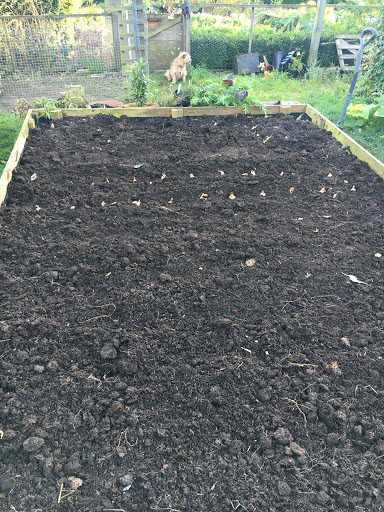 We then moved on to the next bed, I promise I did more than take the photos! The leaves you can see on the left are the comfry which I will leave to die back now, for next year. We just folded them out of the way whilst we worked. 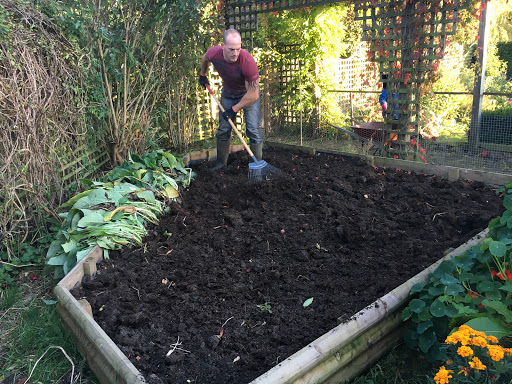 This bed won’t be used until the spring now, so we used the new membrane we had ordered and covered the bed, weighing the cover down with bricks. Hopefully it’ll suppress any weeds growing! 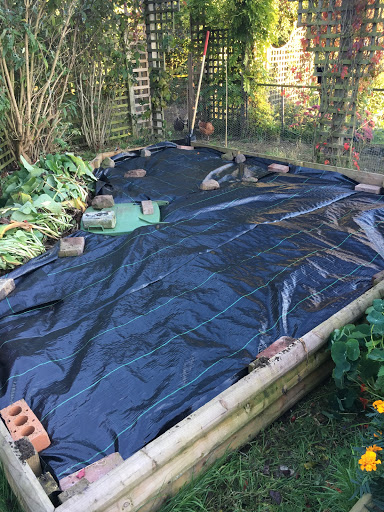 Ste has been working hard in the barn, with more preparing for winter. Here’s what it looked like this morning. 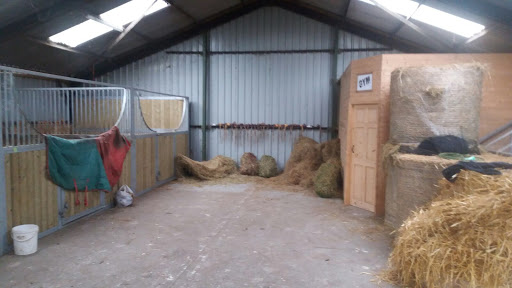 And the below photo is when he finished in there. This is the start of the sheep pen I mentioned in a previous post. We need a gate on it and the hay that’s in there will soon be gone as that’s the horses. We’ll put a bed of straw down in there once it’s ready and then it’s a case of getting the sheep in, when the weather dictates! 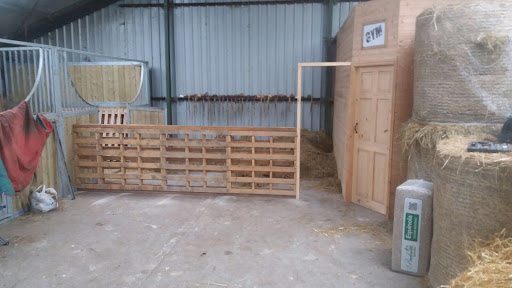 Another thing we are almost ready for is the next meat birds. We’ve bought a new heat lamp as the last one we used was borrowed. It’s something we’re going to use a lot so a good investment I think. All this needs is the straw down and the chicks in there.

This mesh greenhouse frame has seen some different uses! 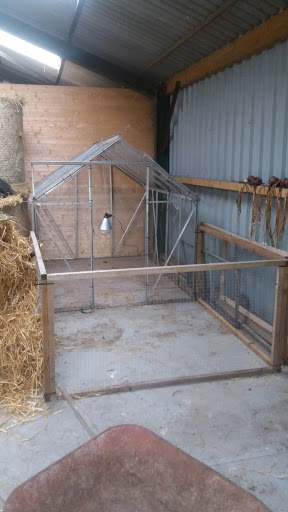 Tomorrow is another day and we’ve lots to fit in.