I have just placed an order for autumn planting garlic, onions and shallots. I’ve never grown shallots before.

The garlic is hardneck Carcassonne Wight which I can plant straight away from September and crops from May.  Also I bought softneck Garlic Provence Wight. I will plant these garlic cloves from September onwards too. Apparently once lifted, will keep until January so I look forward to that.

RHS describes the difference between hardneck and softneck varieties.

The autumn onions are: Shakespeare – for steeping in sauces and giving casseroles a real kick. British bred, autumn planting brown skinned variety that produces high yields of good sized bulbs with excellent skin formation that means it shows good storage potential well into the winter months. Red Cross which over winters well and stores for up to three months.

Finally the shallots are: golden gourmet which are 20 bulbs. I’ve never grown them before so any tips welcome.

We had a really cold snap the other night which saw the outside temp drop to 3.5c which was a shock. This weekend I’ll bring in the plants that don’t tolerate cold well including the lemon tree, cape gooseberry and the young fig tree just as it’s in a pot. The horses had their rain sheets on as we’ve had lots of wet weather and foggy mornings are making an appearance again. 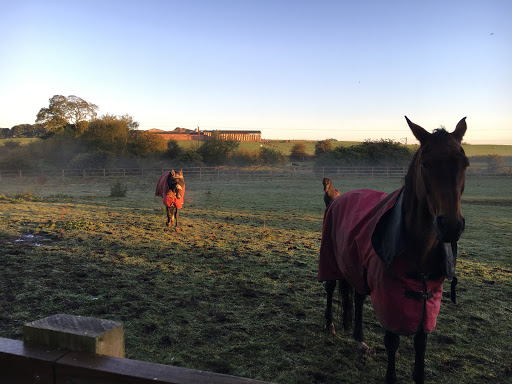