Tonight saw myself and my daughter Grace sat at the kitchen table for two very different reasons. She has come down with a rotten blocked up nose and tonight has a cough that’s hurting her chest. Whilst I started the preserving, she sat with her head over a bowl of hot water that I’d added a good few drops of eucalyptus oil. It helped somewhat but she still looks like Rudolf and is feeling sorry for herself.

It’s ironic that I was preserving chillis which can make your eyes and nose run more than any cold does! Tonight’s recipes are super quick and easy which were just what I needed as I had also pencilled in weeding the veg plot.

Starting with chilli oil I washed about 16 or so chillis and dried them off. I put them into 2 sterilised jars with a teaspoon of black peppercorns. I heated up 1 litre of olive oil to 40C and then poured it over the chillis. 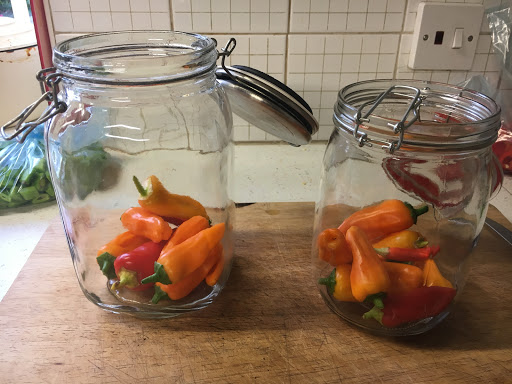 Turns out I only needed 1 jar so it all got tipped into 1. Looks pretty. I’ll leave it 2 weeks then decant into small clip top bottles for the Christmas hampers. 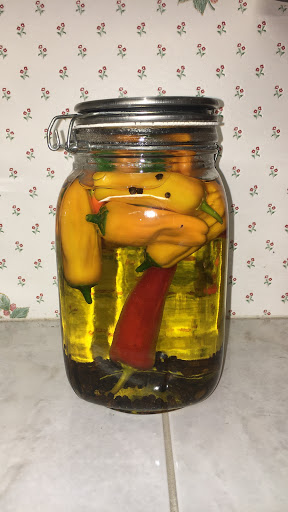 I am probably going to freezer the chillis after the 2 weeks and use them in cooking maybe? Any ideas?

The next quick preserve I did was to freeze the chillis. Apparently they hold their heat very well but maybe not their shape however as they’ll go on pizza or pasta dishes, it doesn’t matter. I also froze some runner beans as they’re coming thick and fast. I didn’t blanch them as I’ve read people doing it successfully without blanching. 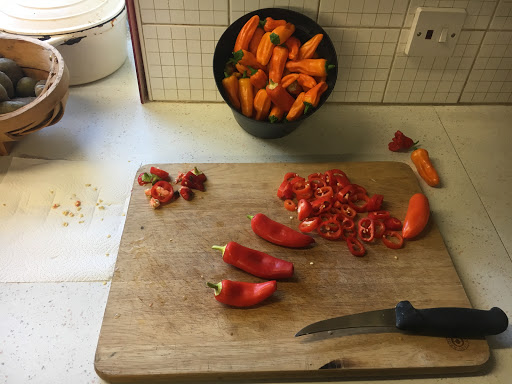 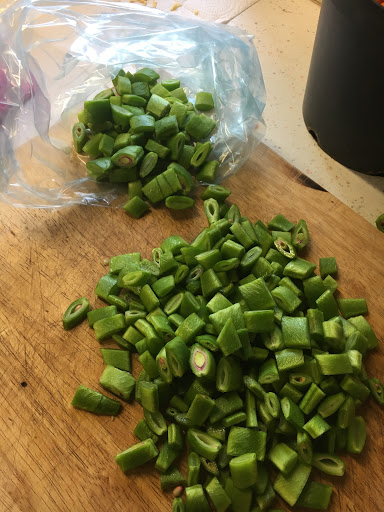 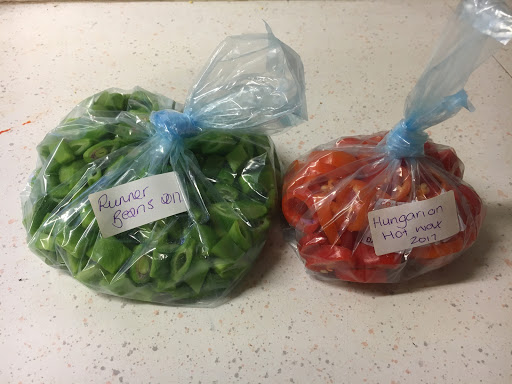 Instead of open freezing them I just threw them all in the bag and I’ll keep scrunching it up when they’re freezing so it’ll be easy to use them as needed.

Finally I put 3 trays of chillis in the dehydrator. Apparently you only need to pierce the skins a few times and let them dry out so let’s see. Once they’re dry they should keep for a good while and some people even use them to decorate the kitchen at Christmas! 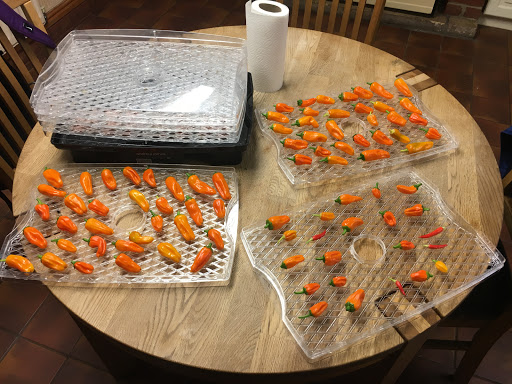