What feels like a long time ago now….On May Day, I harvested lots of rhubarb with Grace.  We needed 3kg to make some wine with.  We got a lot more than 3kg!

The leaves went in the compost bin, which some people worry about as they’re poisonous (Oxalic Acid), but fear not, the leaves are broken down rendered fine to use as compost.  People have done it and survived and that’s scientific enough for me.

After washing the rhubarb we chopped 3kg up and put it into a sterilised fermenting bucket with 2.6kg granulated sugar.  I sterilised the bucket using a powder from “The Range” which you make a solution from.  It’s £1 a pack and I hope it works as we have struggled with sterilising (or sanitising) in the past.

The bucket was sealed and left for 3 whole days. The recipe I used was John Wright’s.

We added cool boiled water to make it to 4.5 litres and added the other bits and pieces which you can find in the link. We left it for a week and it nearly blew the lid off the fermenting bucket so we moved it to the demi John after about 5 days and fit a bubble trap.

Tonight we decanted it into sanitised wine bottles. I knew we were going to need wine bottles so I sacrificed a few Friday nights and managed to drink enough rose wine to free up enough bottles for the rhubarb wine! The things I do for preserving!! It looks really good and I am pleased with the outcome. We need to get the labels off still! 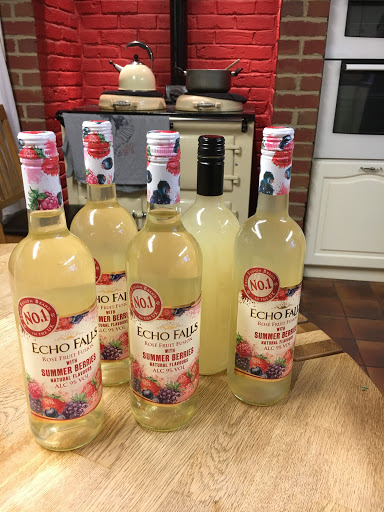 For the rhubarb vodka we added 600g chopped rhubarb to a litre of vodka, 200g sugar and some orange zest. It was left for 9 weeks then we strained it through a muslin and back into the bottle it came from! You don’t need to use expensive vodka, we just got a lot on offer. It tastes nice and we are going to make some more so we’re stocked up for Christmas gifts and visitors plus the odd tipple night of our own! 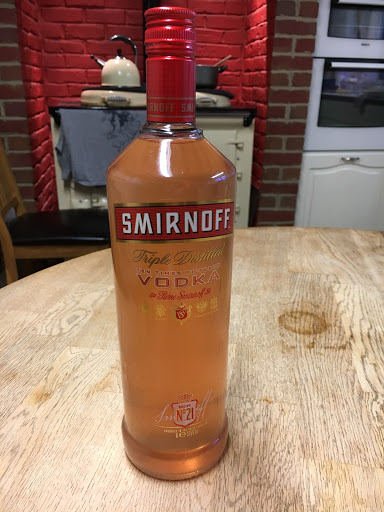 For the chamomile tea I harvested a pint size amount of chamomile flower heads and dried them out overnight in the dehydrator. 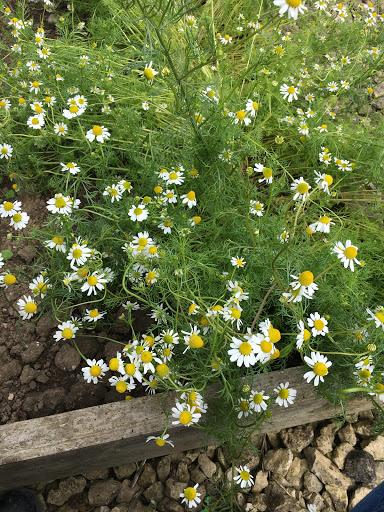 It turned out fab. I stored the dried heads in a clip top jar and tested some out. Pouring boiling water over a few heads, left it to steep for 2 minutes then poured back through a sieve into a mug. It tastes really nice and is very good for you. I’ll be keeping this one. 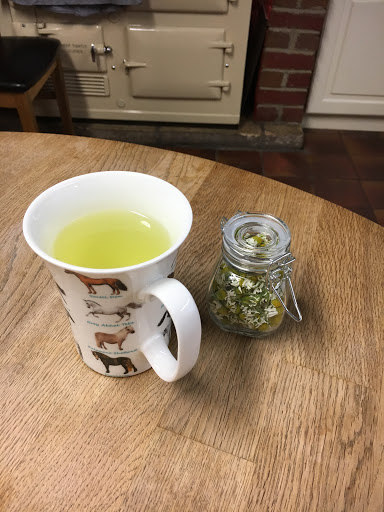 I did the same for the herbs I harvested, mint, lemon thyme, rosemary and lemon balm then ground them up using the food processor and mortar and pestle. The rosemary had to go back on as it just won’t dry! 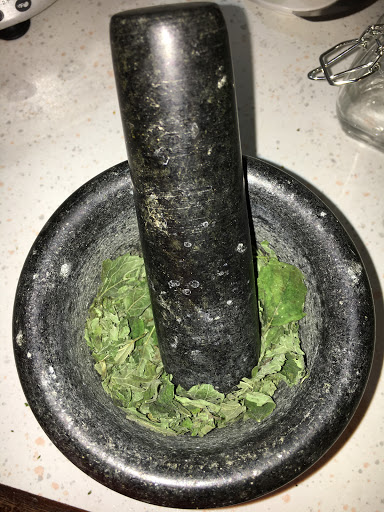 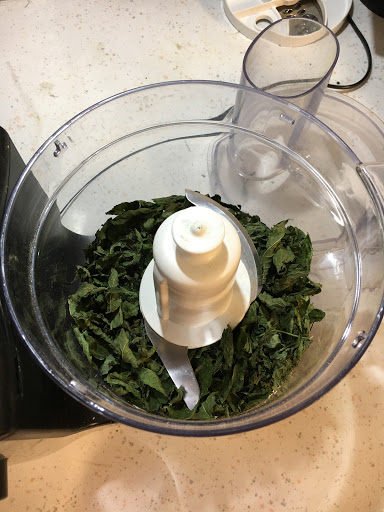 The rosemary went back on with some tomatoes from the greenhouse and mushrooms (from Aldi!).

I also managed to stew some rhubarb for the freezer for later in the year to make a nice crumble as we have not had one yet this year!!

All in all a good preserving night and a base for me to work on for next years ideas.