Sorry I missed Monday night preserving last night, normal service resumes Monday coming. There’s a few reasons for this. We’ve taken a week off with the kids this week as mine are off for two weeks at this time of year, due to the way the schools schedule the PD days. Also we’re out of sync as it’s been Jack’s 7th birthday and Steven has been in hospital. So a real mix of events! 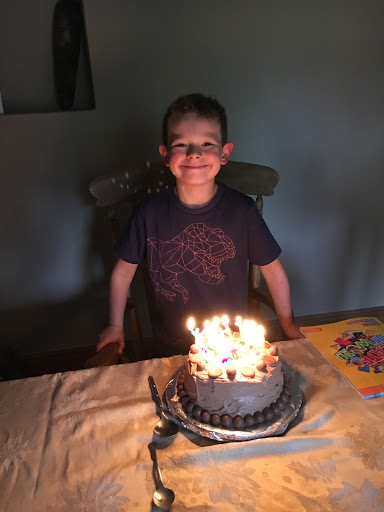 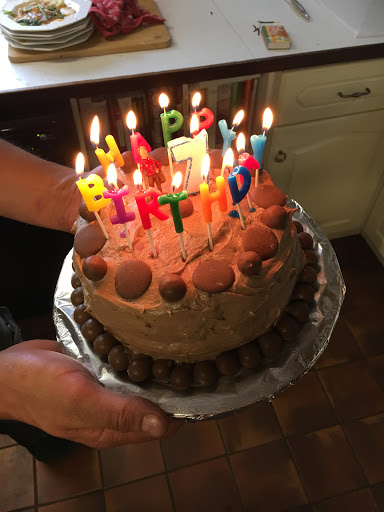 My mum made a cake for jack. We celebrated over 2 days so I made one and she made the other. A lucky boy! He had a lovely day.
Ste managed to hurt his back, so much so he was taken to hospital in an ambulance on Sunday morning. I’m pleased to report that he is ok enough to be home and up and about now. He’s been instructed to rest, which isn’t in his vocabulary but he knows he has to. He’s got an MRI to go to and exercises etc to do. As he isn’t allowed to lift anything heavy, he should be taking next week off work too under doctors orders. I’ll keep you all posted. 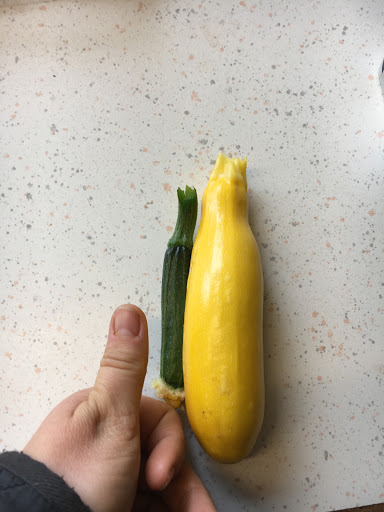 Today we harvested our first courgette. Now it would have been our second but the slugs got the first one! We made an omelette with onion, courgette and cheese which was the best omelette I’ve ever had. We used goose egg which I really think makes all the difference. I much prefer goose egg over duck eggs. 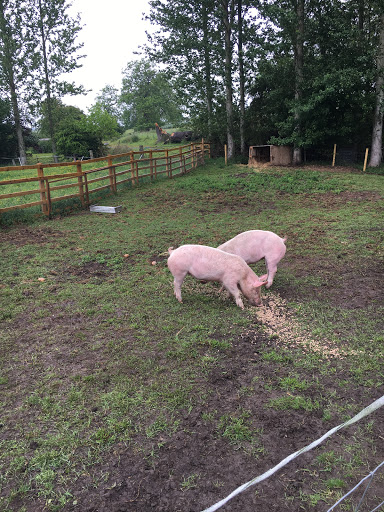 The pigs are turning the parcel of land over that they live on, though it’s taking them longer than I expected it to. We’re going to start looking at feeding them more home grown veg and cooked potatoes as they’re costing a fortune in hard feed. It’s all learning. They are growing rapidly and must weigh around 50kg now at 16 weeks old. 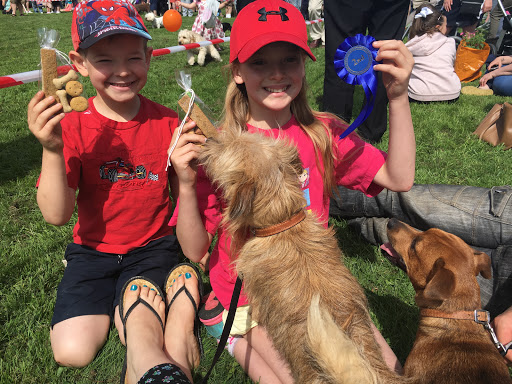 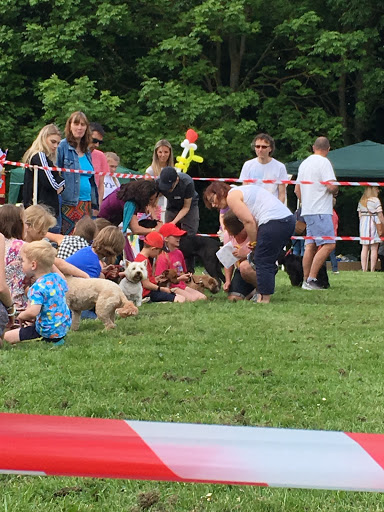 On Saturday a local village held a dog show, a fun one. We went along to show support as it’s fund raising for the local community. The kids won a second prize for best under 18 handler. It was a nice couple of hours with some lovely well behaved dogs.
My first tomato is turning red! These are an outdoor variety called Garden Pearl I think. I’d need to double check. 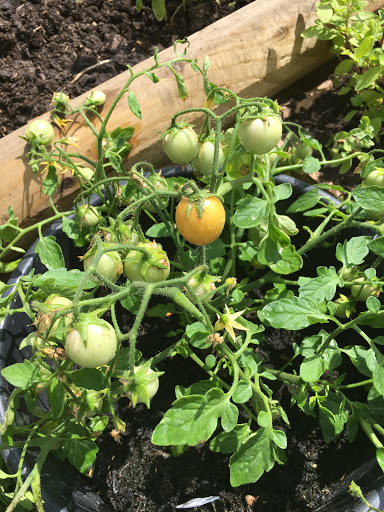 We’ve got some funky shaped terracotta garden pots lying around the smallholding. Ste had a great idea of using them for some of the herbs, so I’ve started doing that here. 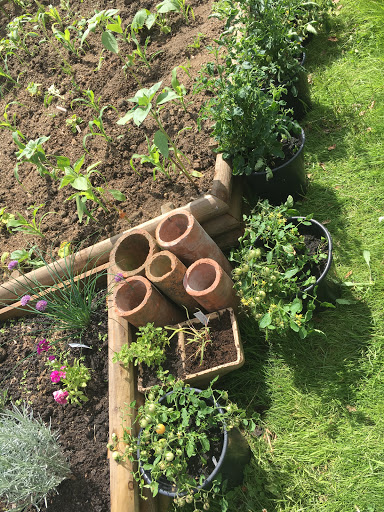 The Swiss chard in the polytunnel is doing amazingly. The peas and beans in the polytunnel are just not worth it, nor the potatoes if I’m honest. So next year I’ll do more kale, spinach and chard in there as the kale has been decimated outside by slugs. My strawberries are doing well in there but then they all got eaten in the by ants. It’s definitely ants as I’ve caught them in the act. 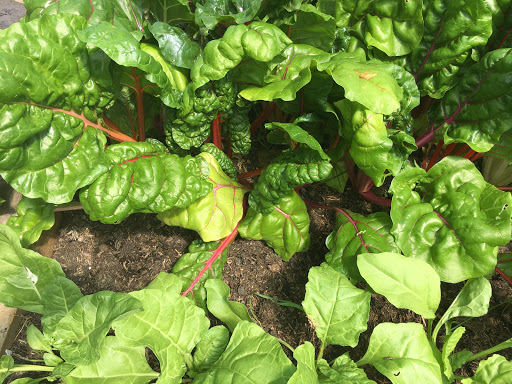 This is a patty pan which are all starting to swell up now. 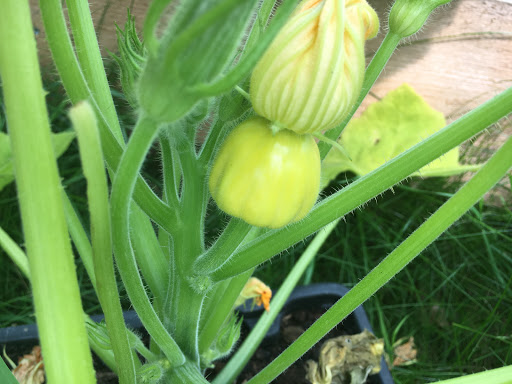 I’m over the moon with the amount of bees we’ve got visiting our area on a daily basis. I managed to get a snap of this little guy, looking so pretty on the broad beans. 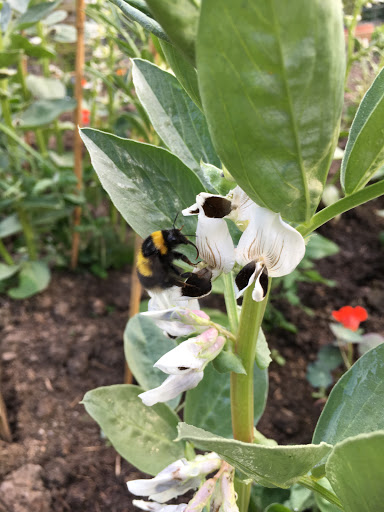 We’ve also emptied and refilled the duck pond as the IBC tanks are full. The pond takes a full tank and with the amount of rain we’ve had and are due, we thought it was the best time to get it done. Tomorrow it’s going to be windy but dry. I need to get out and do some weeding as it’s turning into a jungle out there!

6 thoughts on “A week off work”