A quick preserving post tonight with it being Bank Holiday. We’ve had a lovely family day and are back to work tomorrow.
We recently bought a Andrew James dehydrator and have been using it to preserve different things but it’s all just trial and error for now. 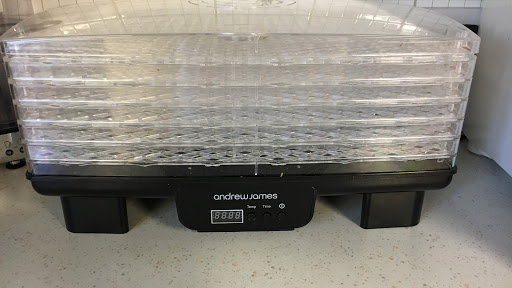 Now most of the slicing and dicing requires a thinner cut than I can achieve with a knife. Safely at least! So we decided to trial a food slicer. It was £28 from Argos and we hope it’ll be a good addition to the preserving tools we’re building up. Of course there were really expensive models of the dehydrator and food slicer but we decided to go for budget on both and see how much use we get of them. Then it’ll help us decide in the future if we ever have to replace them.
So today we’ve used it to slice fresh pineapple which it could do to a thickness of 5mm and I was very impressed with it. 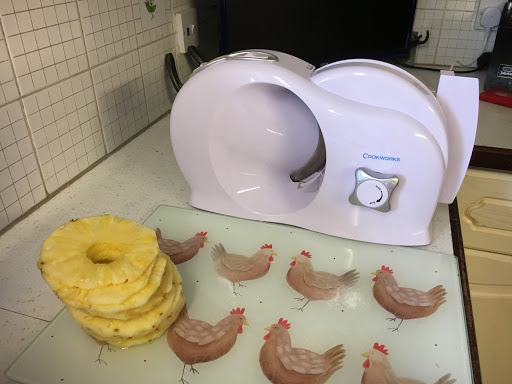 We dried it out for the recommended time and it came out a treat and it’s absolutely delicious. The dehydrator takes 4 pineapples so we know this for next time they’re on offer. 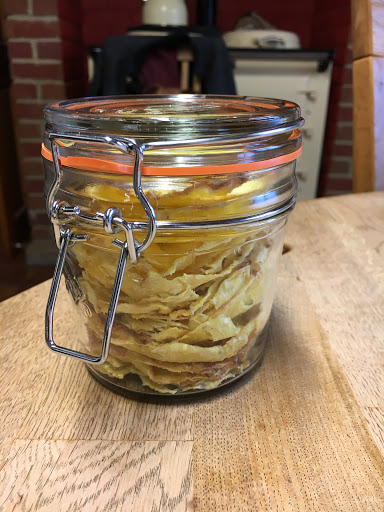 We will use it for snacking on instead of biscuits and also if I need to add it to any recipes. Healthier too!
It’s not seasonal, which is what I intended to use the Monday night preserving slot for, but it’s on offer and I feel the two things go hand in hand as pineapple isn’t something I’ve managed to grow yet!! Not to mention that there are no additive or preservatives in this, which there are in the shop bought ones.
Next week i will be posting more about rhubarb. We’re fast approaching June and the season will be over shortly after that as I’ll let the plants rest and restore themselves for 2018 season! Incidentally, we’re moving the rhubarb when it is dormant later in the year, as we’ve had an idea to use some space at the front of the house.