On Monday nights I aim to preserve something that is in season throughout the growing season. This is to allow us to prolong the growing season and try our fruit and veg in a variety of ways.
Tonight I was going to do asparagus and also leathers. However the asparagus was such a faff on that I am keeping the leathers for another night.
We cut the asparagus that has flew up since we had the rain just a couple of days ago and I set about trimming them to fit the jar size stated in the recipe. 500ml. There was my first mistake, my jar is more short and fat than tall and slim (sounds familiar 😂) so I had to trim the asparagus a lot shorter than I would have liked. I kept the cut offs to make a soup or such. 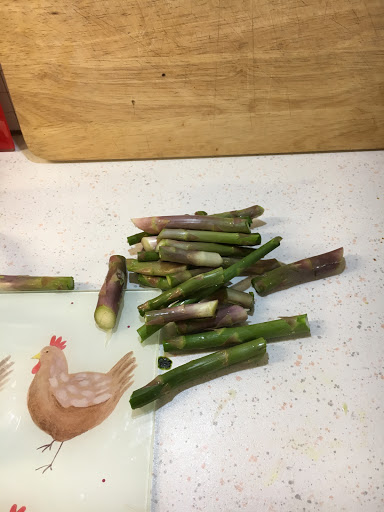 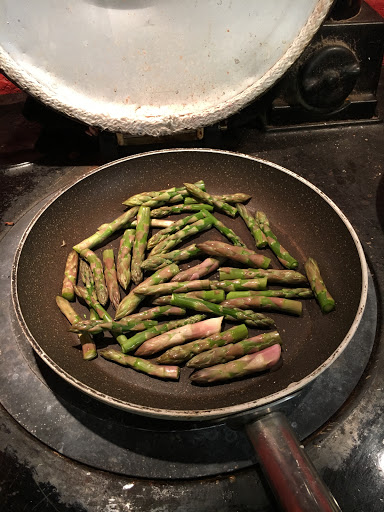 Placing the shallots and a tsp of peppercorns in the sterilised short, fat jar I set about fishing the asparagus out of the vinegar. This in itself was a task as I didn’t want to pour it out. Then you’re supposed to stand the asparagus up in the jar. This takes patience and I was losing mine.
Once it is stood up, in a fashion, I put 75ml of lemon juice in and topped up with olive oil and added some home grown herbs. 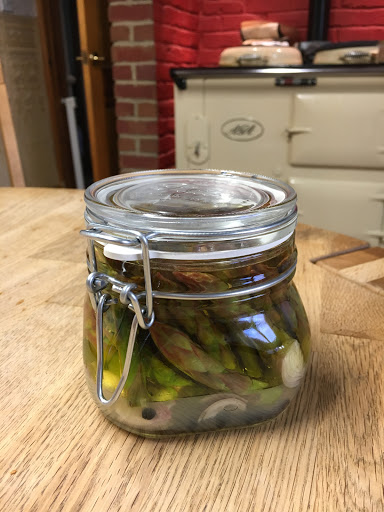 It looks nice and now needs to sit for 6 weeks before we could use it. It’ll keep for 4 months in the pantry and then once open will last another 6 weeks. So in theory we could wait until winter to use these up, which will be a nice treat.
Although it was a faff on, it’s done now and looking back, it wouldn’t be as hard the second time. Incidentally, the oil it’s preserved in wkill be used for cooking once the asparagus is used. It is however fairly expensive unless you have olive oil and cider vinegar in bulk.