I have decided to dedicate Monday nights to be preserve nights. I’ll post about it each week, showing how I am preserving the ‘in season’ products or those which simply come my way that I can’t make use of at that time.

So for my first post I am using rhubarb as it’s well underway now. We’ve been harvesting it for a while now as we have early and regular rhubarb. You may remember back at Easter I used some of the early rhubarb to make cordial? I alluded to it and said I’d do a write up on it at a later date. Well I made some more last night and tonight. It’s a simple recipe and the previous batch was used quickly, but I hope to preseve some of this latest batch to see how well it keeps.

I gathered around 6kg of rhubarb and that wasn’t taking anywhere near as much as I could have, so I’ll get more when I have time but making sure I don’t take too much that it harms the plant. 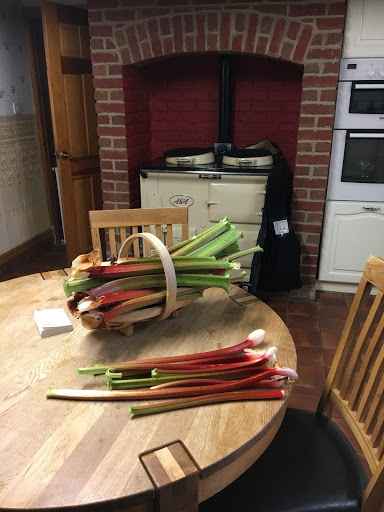 Firstly I chopped up a kilo and added it to the jam pan with 900g sugar and 100g crystallised ginger. I covered it to stop the flies getting to it and left it for 24 hours to steep. Apparently leaving it like this forms a syrup, which it did, and helps keeps the shape of the fruit chunks. 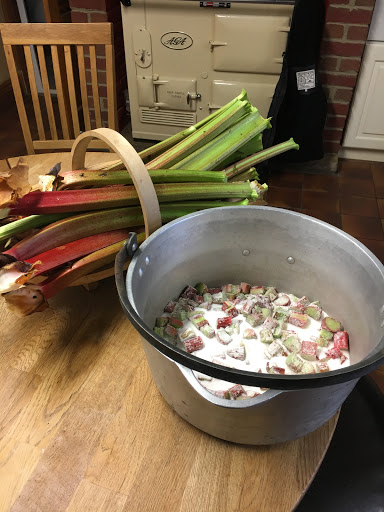 Then I sterilised my jars in the Aga and brought the jam to setting point. It only took 10 mins max. I poured the jam into 4 small and 1 medium jar with some left over to use as the tester. If the jam sets and tastes nice then I will keep some for Christmas hampers. I’ve some tiny jam jars to use too so I can do a selection for people meaning there’s less waste if they’re not keen. 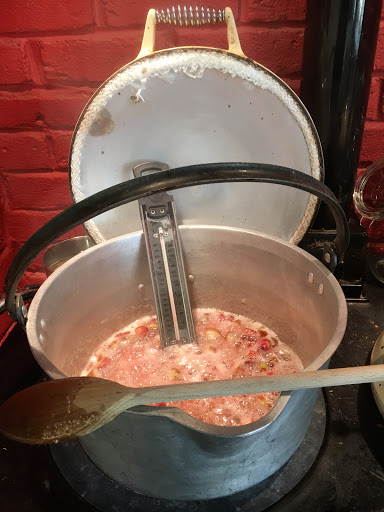 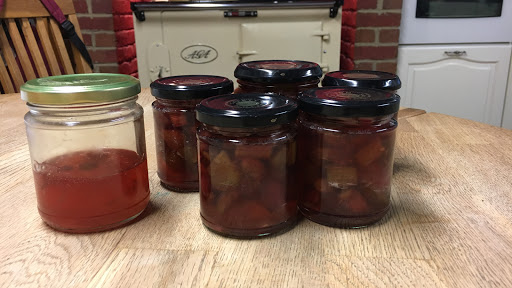 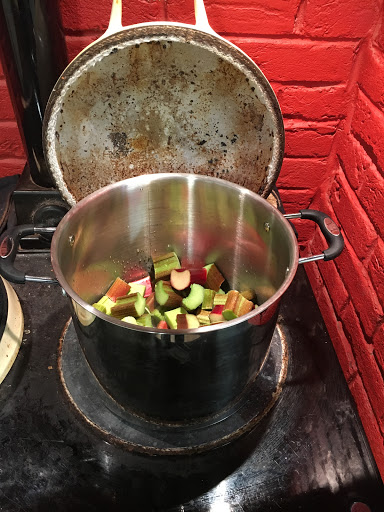 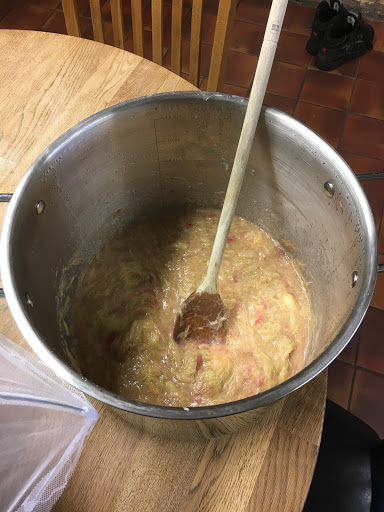 Once tender I left it to drip into a bowl through a sterlilised jelly bag for 24 hours. 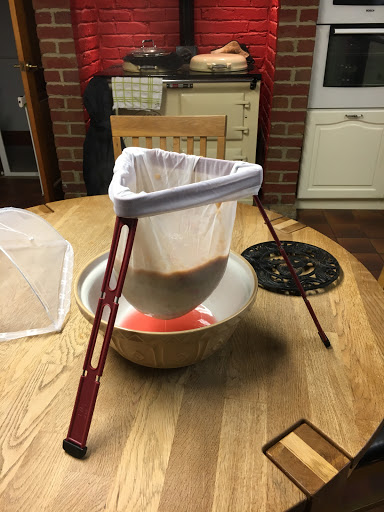 Tonight I had 700ml of juice which I thought was disappointing from 2kg fruit so I topped it up with water to make 1 litre. Then I added 700g sugar and dissolved it making sure the syrup reached 88C on the thermometer. Once done I poured it into sterilised bottles and put the 2 full ones into a water bath. Note to self, get smaller bottles as even the tallest pan wasn’t big enough. 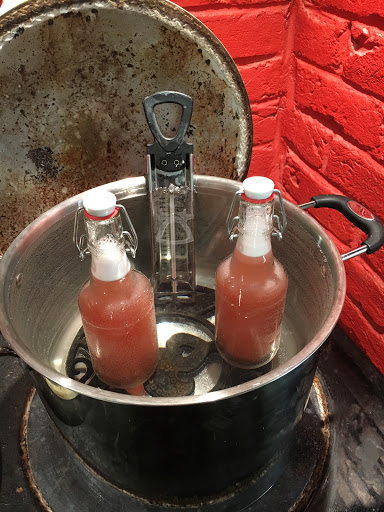 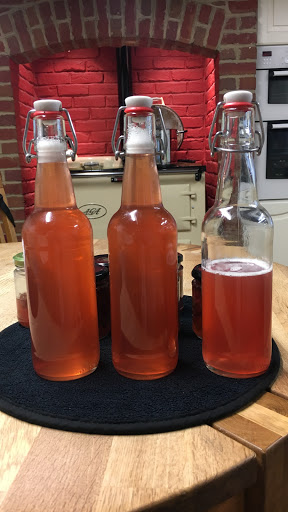 If the water bath had worked then they would keep for up to 12 months according to my book so I’ll do another batch using smaller bottles that are appropriate gift sizes too.

The remainder of the rhubarb is going to be open froze and bagged up in the freezer to use as I fancy it.

Thanks again to Patty Pan (Tricia) for her kind gift showing me how to do this and for the wise words of Dawn, Louise and others last year helping me learn what I need to do to stay safe preserving.

Next Monday will be making fruit leathers from the left over rhubarb pulp which I’ve frozen for now and also preserving asparagus.